Five Things First-Time Bronx Homebuyers Should Have in Order Before Speaking with The Bronx, NY Mortgage Companies

When Bronx, NY house hunters are in need of the services of mortgage companies near me, Jet Direct Mortgage is the first place they call. As a leading The Bronx mortgage lender, we have helped dozens of first-time homebuyers secure the financing they need to make their dream of homeownership a reality. We’re also considered one of the best mortgage refinance companies in the region and have helped countless residents get better rates on their home loans. Whether you’re looking to purchase your first house or you’re thinking about taking advantage of the historically low-interest rates, if you’re located in Bronx County and you’re searching for the “best mortgage company near me”, make sure you get in touch with the team at Jet Direct Mortgage. When you choose us as your mortgage company, you can have confidence knowing that the process of securing financing will go as smoothly as possible.

Five Things to Have in Order Before Meeting with The Bronx, NY Mortgage Companies

In order to ensure your meeting with a lender goes as smoothly as possible, make sure you have these five things prepared before you speak to mortgage companies.

No matter which one you’re meeting with, all Bronx, NY mortgage companies will need to see your identification. Appropriate forms including a valid driver’s license or a state-issued non-driver ID. You’ll also need to provide your Social Security number. Don’t worry; your information will not be used inappropriately. The reason a mortgage company needs your identification is so that they can pull your credit report, which provides key details that will allow them to determine how much you can qualify for and at what interest rate.

In addition to providing the appropriate identification, Bronx County mortgage companies will also need to see proof of your income. There are several documents that can be used to show your proof of income, including:

Some mortgage companies require different or additional information for prospective borrowers, especially those who are self-employed, so it’s a good idea to contact each mortgage lender you’re planning on meeting with to find out if you will need to provide anything else to verify your income, and if so, what documents you’ll need. 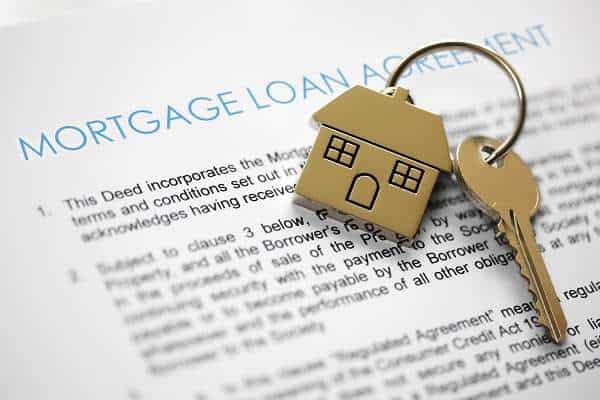 On top of proof of your income, mortgage companies will also want to see proof of your employment status. This information confirms whether or not you are currently working, how long you have been working with your employer, the salary you are currently making, and any other key details that may be needed to help you prequalify for a mortgage. If you have recently started a new job, in addition to providing proof of your current position, you can also share the contact information of your previous employer. If you are self-employed, you’ll want to gather documentation that pertains to your business, as well as the amount of money you take home; tax returns, and financial statements for your company, for example.

Bronx County mortgage companies will need to assess information that pertains to your assets, too, so make sure you have copies of any and all bank and investment statements that go back at least a few months to a year before you speak with a mortgage company. This information is used to determine if you have the means for a down payment and for closing costs. If you will be getting help with the down payment and/or closing costs from a family member or a friend, make sure that you ask the individual(s) who will be assisting you to provide a written statement that confirms the money they are providing you with is a gift and not a loan. Loans need to be paid back and could increase your debt-to-income ratio and bring down your credit score, which may reduce how much you are eligible to qualify for.

While a mortgage lender will pull up your current credit score when you meet (hence why you will need to have proof of your identification), it’s also a good idea to get your own copies of your credit score before you meet with mortgage companies. Doing so will allow you to see where your credit stands and if there is anything that you can do to increase it. Remember that the higher your credit score is, the easier it will be for you to qualify for a loan and the more you’ll be able to take out to purchase a house. Additionally, your credit score will impact your interest rates, which will ultimately affect your monthly mortgage payment.

By being prepared before you meet with mortgage companies, you’ll find the process of getting prequalified for a home loan will be a lot easier and much less stressful. If you really want to simplify matters, consider working with one of the best online mortgage lenders in Bronx, NY: Jet Direct Mortgage. Our team of professionals can provide you with detailed information about prequalifying for a home loan right online, and of course, we can arrange a consultation to speak in person.

Whether you’d like to speak about different mortgage options online, over the phone, or i-person, please call Jet Direct Mortgage at 855-553-4732 or https://www.jetdirectmortgage.com/ today! One of our associates will be happy to answer all of your questions and guide you through the process of getting prequalified for a loan for your first home.

Some information about Bronx, NY

The Bronx is a borough of New York City, coextensive with Bronx County, in the U.S. state of New York. It is south of Westchester County; north and east of the New York City borough of Manhattan, across the Harlem River; and north of the New York City borough of Queens, across the East River. The Bronx has a land area of 42 square miles (109 km2) and a population of 1,472,654 in the 2020 census. If each borough were ranked as a city, the Bronx would rank as the ninth-most-populous in the U.S. Of the five boroughs, it has the fourth-largest area, fourth-highest population, and third-highest population density. It is the only borough of New York City not primarily on an island. With a population that is 54.8% Hispanic as of 2020, it is the only majority-Hispanic county in the Northeastern United States and the fourth-most-populous nationwide.

European colonization of the Bronx began in 1639. The Bronx was originally part of Westchester County, but it was ceded to New York County in two major parts (West Bronx, 1874 and East Bronx, 1895) before it became Bronx County. Originally, the area was part of the Lenape’s Lenapehoking territory inhabited by Siwanoy of the Wappinger Confederacy. Over time, European colonists converted the borough into farmlands.

The development of the Bronx is directly connected to its strategic location between New England and New York (Manhattan). Control over the bridges across the Harlem River plagued the period of British colonial rule. The King’s Bridge, built in 1693 where Broadway reached the Spuyten Duyvil Creek, was a possession of Frederick Philipse, lord of Philipse Manor. The tolls were resented by local farmers on both sides of the creek, and in 1759, Jacobus Dyckman and Benjamin Palmer led them in building a free bridge across the Harlem River. After the American Revolutionary War, the King’s Bridge toll was abolished.

The territory now contained within Bronx County was originally part of Westchester County, one of the 12 original counties of the English Province of New York. The present Bronx County was contained in the town of Westchester and parts of the towns in Yonkers, Eastchester, and Pelham. In 1846, a new town was created by division of Westchester, called West Farms. The town of Morrisania was created, in turn, from West Farms in 1855. In 1873, the town of Kingsbridge was established within the former borders of the town of Yonkers, roughly corresponding to the modern Bronx neighborhoods of Kingsbridge, Riverdale, and Woodlawn Heights, and included Woodlawn Cemetery.